Getting there on time 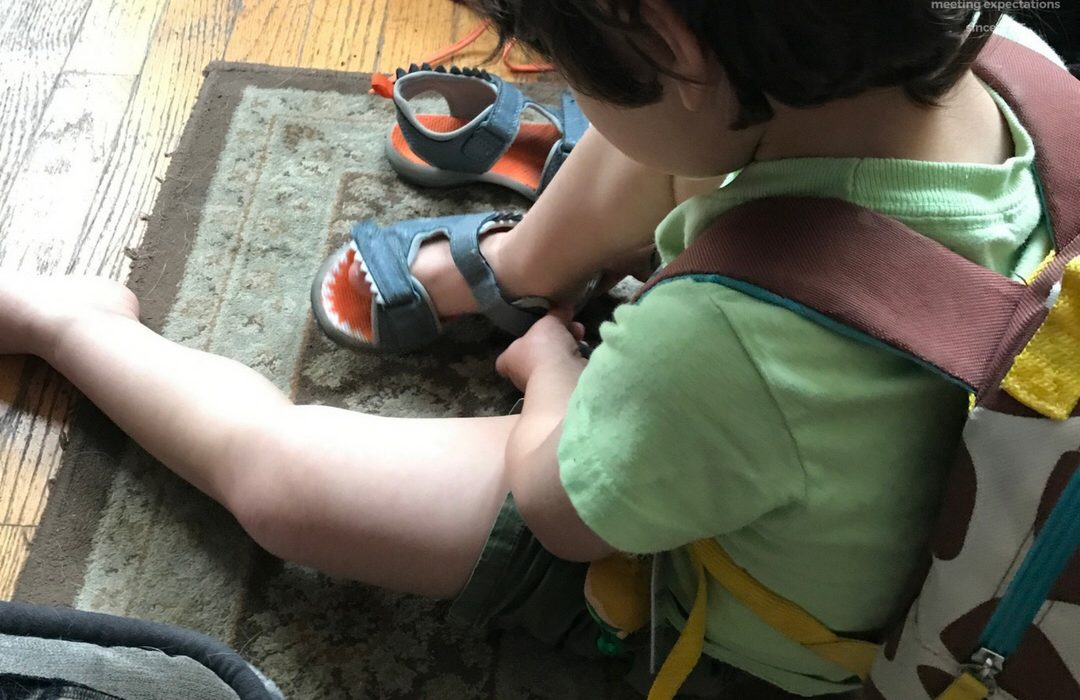 I’ve never been one to get places on time. At some point, I realized that my tardiness was not only selfish, but a little narcissistic. I was telling the world that my time was more important than everyone else’s. It was a terrible habit, and I worked hard to curb that.

All of my efforts went down the drain when I had a kid. Sometimes, we couldn’t help things. There was the ill-timed nursing sessions, the random blowout, or the occasional projectile vomit. Nowadays, it’s the product of the newly discovered agency that we call toddler-life.

Try as we might, my kiddo has made it impossible to get anywhere on time. I have tried setting natural consequences, and unnatural penalties. I have tried bribery, and racing. No matter how fast, or how early, we were habitually running late. It was always something. Lately, it has been the forever lost light-up sneakers. How do you tell a toddler that his favorite shoes are trashed, both figuratively and literally? But I digress.

I have finally figured out the strategy that works for us. It’s not for everyone, but it gets us moving on time. It’s called “Get all your shit together now and then you can watch 12 minutes of TV.” It’s exactly as you think. We get clothes, socks, shoes, jacket, and backpack on. Then, we watch one 12-minute show (there are tons on Netflix). As soon as it’s done, we’re out. It isn’t perfect, but it gets us moving on time.

Now, the only thing we can blame is Cubs traffic.

When to Stop Helping Your Kid

TV is not a babysitter. More like a tool to save my sanity.